Being able to read mass psychology and the orderflow of buyers and sellers in chart patterns will give you an edge when it comes to understanding the sentiment that is behind the price movements. The Head and Shoulders pattern is a commonly used chart pattern and understanding how and why it is being formed on your charts can help you understand market sentiment much better.

It all starts with Highs and Lows

Before getting into the nitty-gritty, we have to establish a basic understanding of market structure. The Head and Shoulders pattern is so powerful because it visualizes market structure better than any other pattern.

Although it sounds very basic, the way highs and lows form on your charts tells you almost everything you need to know. Highs and lows define the markets and price patterns, charting techniques; and most price analysis concepts are built on the analysis of highs and lows.

The screenshot below shows a basic Head and Shoulders pattern. The left “shoulder” is the first high, the “head” is a new higher high and the right “shoulder” provides the first clue that sentiment is turning. When price fails to make a higher high it is a strong indication that buyers have left the arena. The break of the lows (green circle) is the next clue that sentiment has shifted because price is now also making new lower lows.

What is happening inside a Head and Shoulders pattern 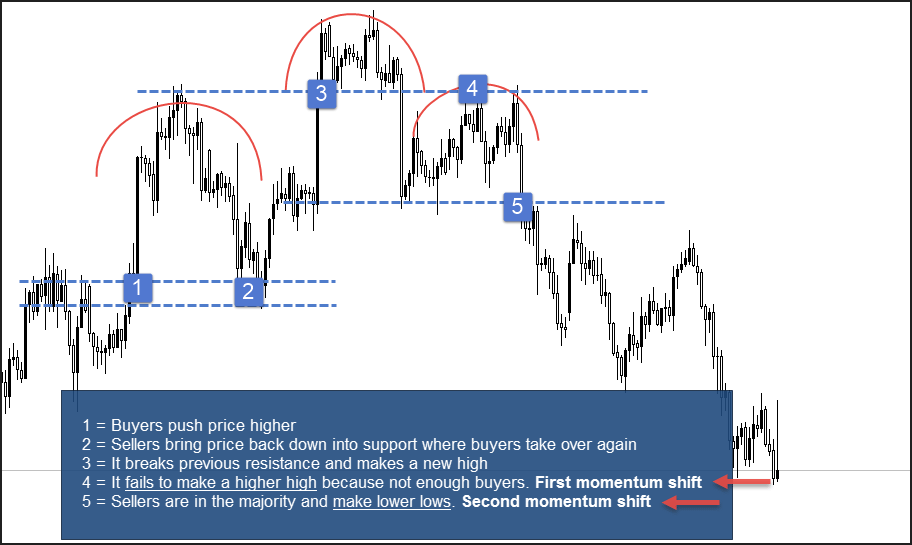 The Head and Shoulders pattern is not only a pure signal pattern, but it can be used in the context of a higher timeframe analysis. The screenshot below shows such a scenario. The top left snippet shows the Daily timeframe, while the main area is the 4H timeframe of the same market. 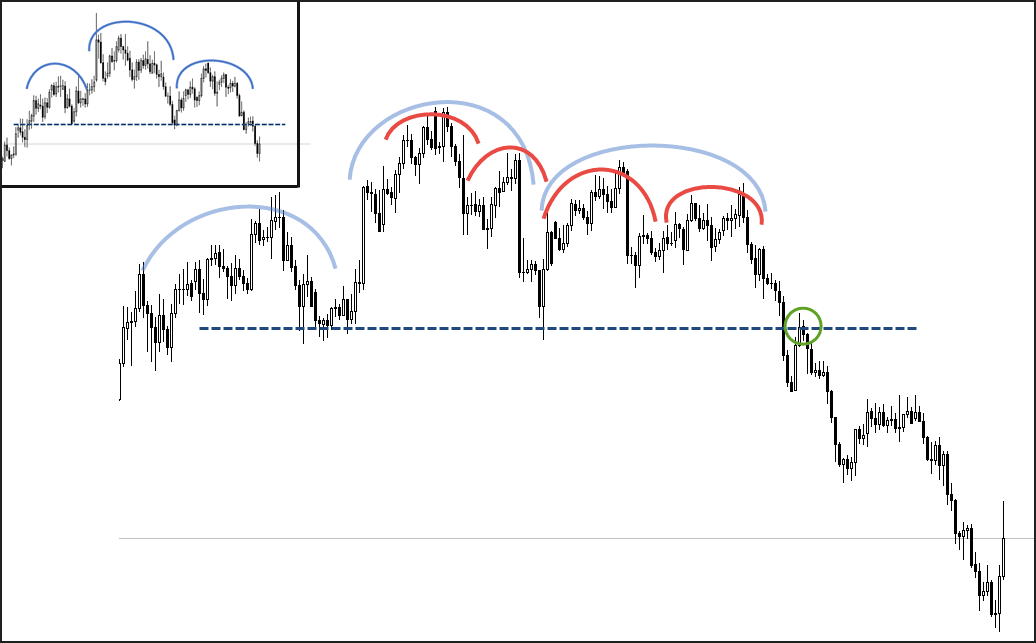 The Head and Shoulders pattern alone should not be used to hunt down signals, but as a means to analyze market sentiment. The sequence of highs and lows is what shapes the market and it provides all information necessary to form a sophisticated opinion about the sentiment and the balance between buyers and sellers.

There is a risk of loss in futures trading. Past performance is not indicative of future results.