How to improve the quality of your RSI, MACD and ADX indicators
Optimus Futures.com
Menu Open Account

This article will go over the advantages and disadvantages of the RSI, MACD and ADX Indicators. We identify the market conditions that best leverages their strengths and how to complement them with other technical analysis tools to offset their weaknesses in order to improve the accuracy and timing of your trades.

Although the RSI (Relative Strength Index) indicator is usually listed under oscillating indicators, it really should be seen as a trend indicator. A quick look at the RSI formula shows that it measures the momentum of price movements. This incorrect classification as an oscillator can easily lead to problems when traders try to use the RSI in ranging market periods, where the indicator loses its predictive power. In fact, the smaller the range, the less ideal the RSI becomes.

In the screenshot below, we used a regular 14 period RSI and a longer-term STOCHASTIC. It is obvious that during tight range markets, the RSI just wiggles along whereas the STOCHASTIC can still provide good information. And once price trends strongly, the RSI takes over as the STOCHASTIC just crawls at the outer limits. 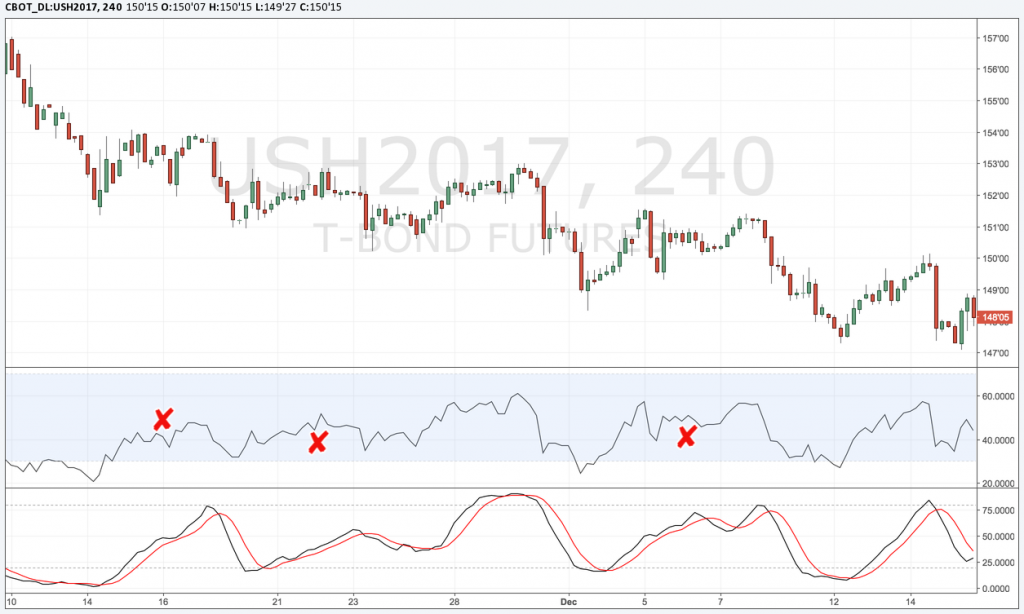 One of the main critique points of the MACD lines is that it is lagging. The MACD uses the difference between two moving averages to measure momentum and trend strength. And since moving averages are known to be lagging by themselves, combining several moving averages in one formula pronounces the effect. Generally, the price action as reflected in the candle sticks could be late using the MACD line-crossover because of the lag-factor in the MACD indicator.

Some traders use the apparent disadvantage of the MACD, the lag, to filter out noise in price movements. Erratic moves or short-lived retracements can pose significant challenges for traders and the lag factor can help traders avoid making knee-jerk reactions. At the same time, the MACD is a pure momentum indicator and because it does not have fixed upper and lower boundaries, it’s not ideal when it comes to identifying overbought and oversold market conditions.

A trader who uses the MACD should think about adding a faster exponential moving average to better deal with the lag factor. A fast EMA reacts to changes in price much faster than the MACD. Like the RSI, a trader who uses the MACD can also add a STOCHASTIC indicator. During trending markets, the trader can then consult his MACD and moving average and then switch to the STOCHASTIC once price enters a range market. 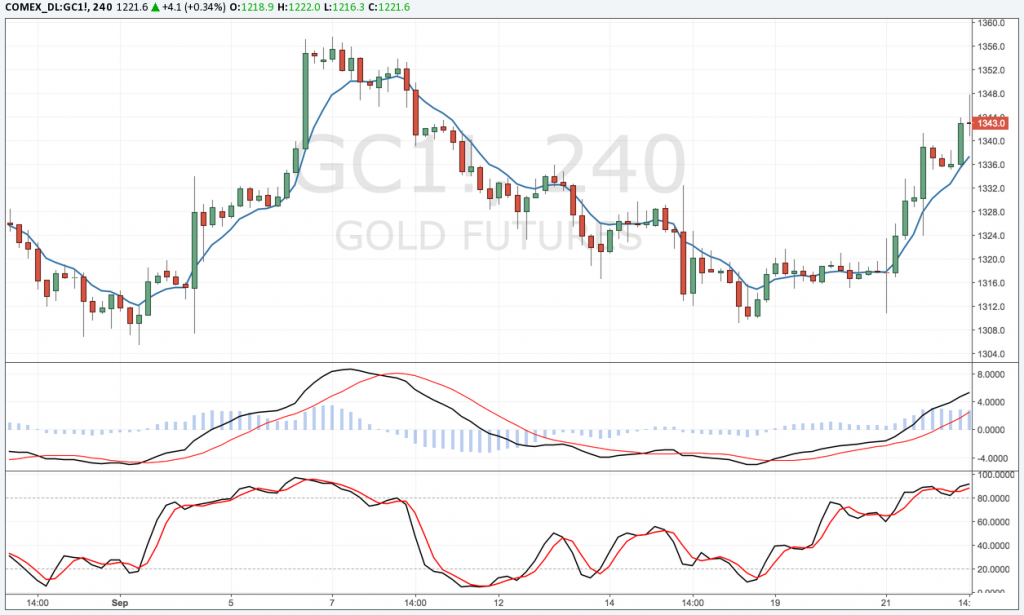 The ADX is a trend strength indicator and its formula uses smoothing at multiple situations which many traders then interpret as a very distorting lag factor. During certain market periods, especially in long and/or tight ranges, the ADX often becomes useless. However, once a trader understands that the ADX should not only be used to find trade entries, but as a tool to identify the best time-frames, the ADX becomes a powerful tool.

The two screenshots below show such a scenario. The blue marked area in the first one shows a tight range market on the 4H chart. On the 4H time-frame, such a market would be hard to trade because the whipsaw effect is significant. At the same time, the ADX is showing values of less than 30 and sometimes even all the way towards 16 which signals a tight range. A trader can use such information from his ADX to shift to a lower time-frame, either the 1H or the 30min. We choose the 30min for this example and the second screenshot shows the exact same market period on the lower time-frame. But now the higher time-frame range can be traded as trending periods on the lower time-frame; the swings are much clearer here and there is less noise. And once the higher time-frame reverts to a trending market with the ADX above 30, the trader can move back to the higher time-frames. 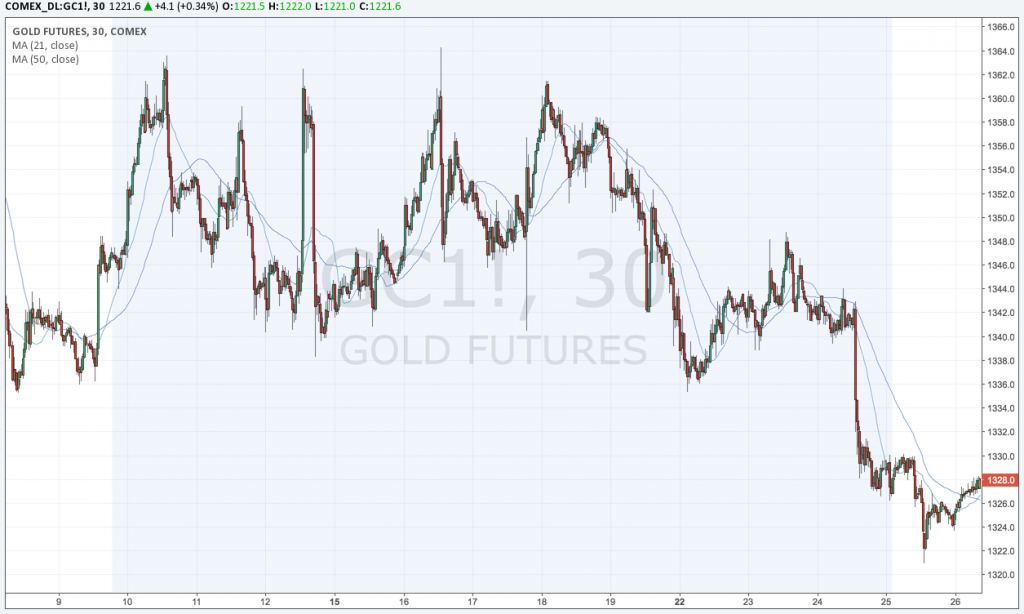 As you can see, indicators are not perfect, but a trader who knows how to use multiple indicators and tools to offset the weaknesses and leverage its strength can improve his chart reading skills significantly.