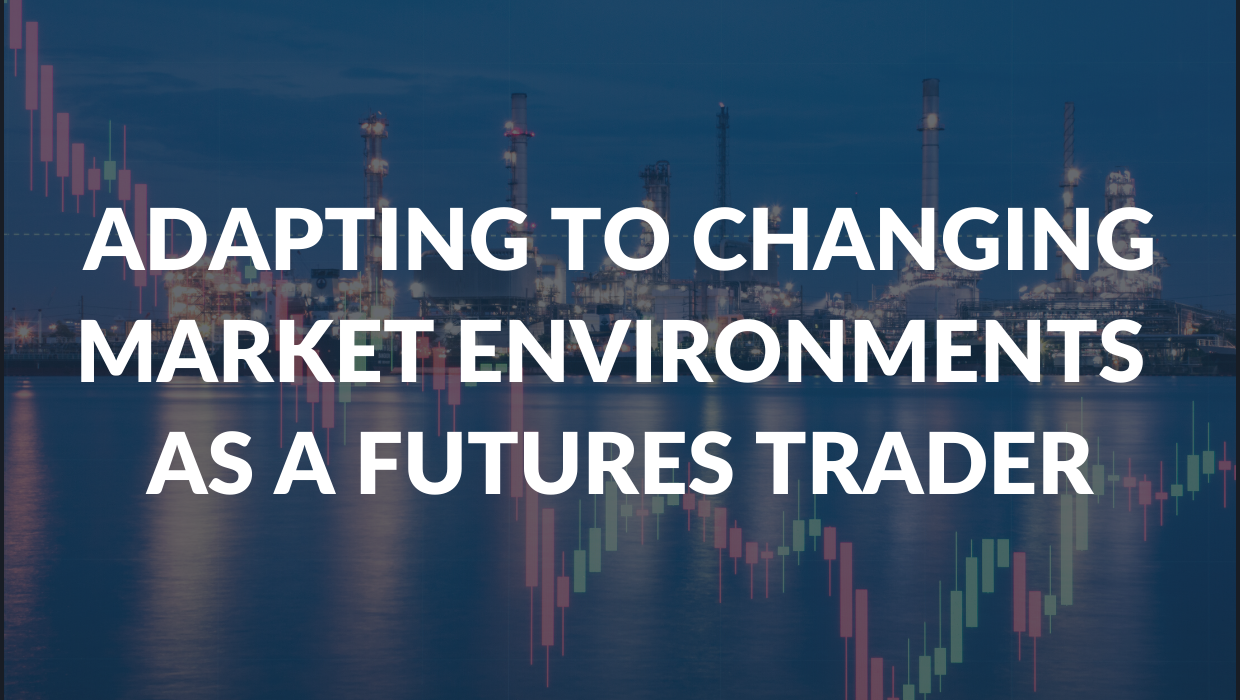 “The measure of intelligence is the ability to change.”  – Albert Einstein

Like everything else in life, the market environment changes constantly. It’s easy to say that the trick to staying on top of these changes is to adapt. Adapt to change–a common sense solution, so it seems. But when you’ve got lots of leveraged cash at stake, adapting the wrong way–or sometimes, not adapting at all–can put you in a financially precarious situation.

Knowing how to adapt to a changing market is key to surviving or thriving in the futures market. And that’s what we’re going to talk about today.

Understand the Change Before You React to It

Let’s suppose you noticed a change in the dynamics in a given market. Your futures instrument isn’t trading the way it usually does, rendering your trading approach somewhat useless. Before you do anything to adjust to the new environment, you should probably ask a few questions:

To be successful as a futures trader, you must adapt to changes in the market environment. But there’s much more to it than this. You have to know when and when not to adapt. You have to determine how long you might remain in this adapted state. You have to know what’s potentially driving the changes. And finally, you must avoid a few dumb mistakes that tend to ring the death knell for many trading accounts (we’ll talk about this last).

1 – Changes in the Natural Market Environment

The natural market environment goes through many different cycles. Typically, you are looking for trending and non-trending environments, uptrends and downtrends, larger trends and smaller trends.

Take a look at the following soybeans futures chart and imagine the kind of adjustments different swing traders might make based on the different environments: 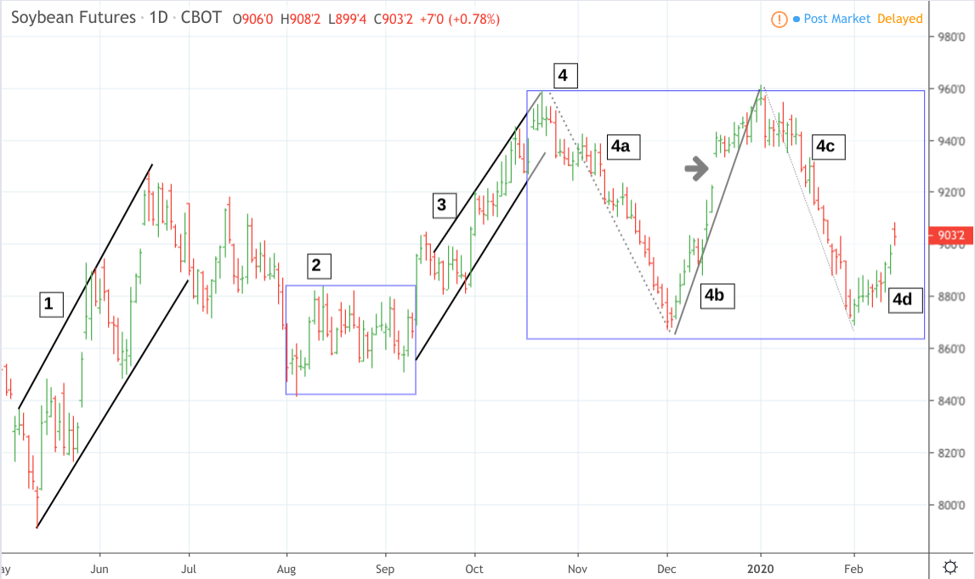 [1] is a volatile uptrend channel with plenty of gap action. [2] is a tight trading range (non-trending) which can signal consolidation or even accumulation. [3] is another uptrend channel but much narrower than the first. [4] is a much larger sideways trading range environment. But it’s also made up of smaller uptrends and downtrends [4a – 4d].

Might you trade the big trends, the smaller trends? When it comes to the trading ranges, do you trade breakouts, countertrends (fade the tops and bottoms), or do you go short volatility using an options strategy like the Iron Condor?

How might you adapt to these very typical changes in the market environment? The answer is that it all depends on your trading strategy–e.g. day trading, swing trading, trend trading, counter-trend trading, long volatility or short volatility (options), long only, short only, or any or all of the above (not recommended). 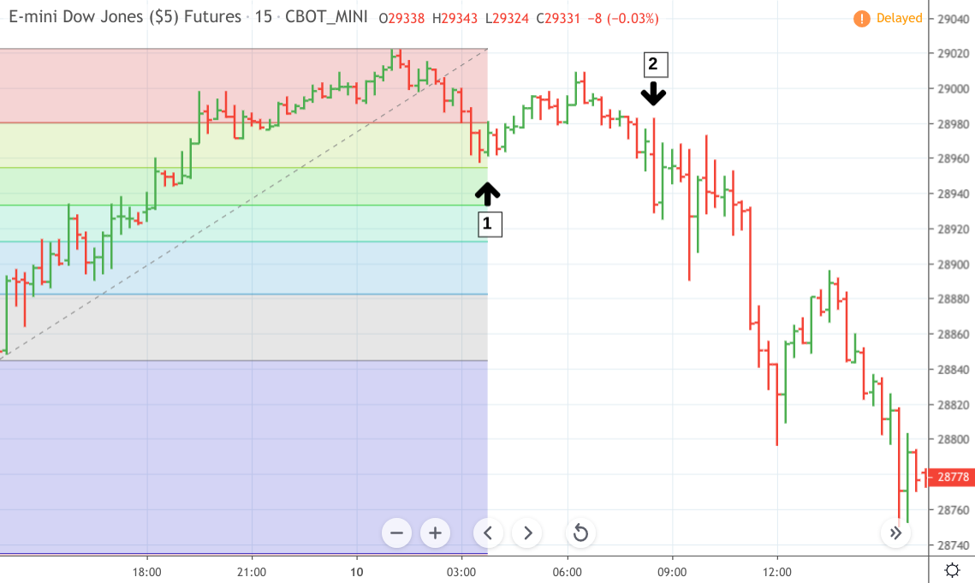 One might argue that a scheduled economic report isn’t a market environment change, but certain key reports do change the environment. In the case of January 10, the December job numbers came in at 145,000 while consensus estimates were 158,000.

How might you have adapted to this surprise? Well, you expect a potentially negative move, as December numbers are supposed to be relatively large because of all the holiday hiring. So, consequently, the market tanked.

But then, how do you adapt to that? Should you go short? If there is any reason to believe that the jobs numbers and other reports “repriced’ the fundamental structure of the economy, then yes. But that’s not the case (think of the low rate environment across the globe; think of mixed data on global growth providing now evidence of an impending recession). So, the decline was based on “sentiment” not “fundamentals.”

And the following day, the bull market continued. Adapting to something like this means a) paying attention to scheduled releases and b) adjusting your expectations by analyzing the data’s implications.

Imagine the markets tanking on an unexpected event. How might you adjust your market bias?

Here’s how the attacks affected the crude oil futures market: 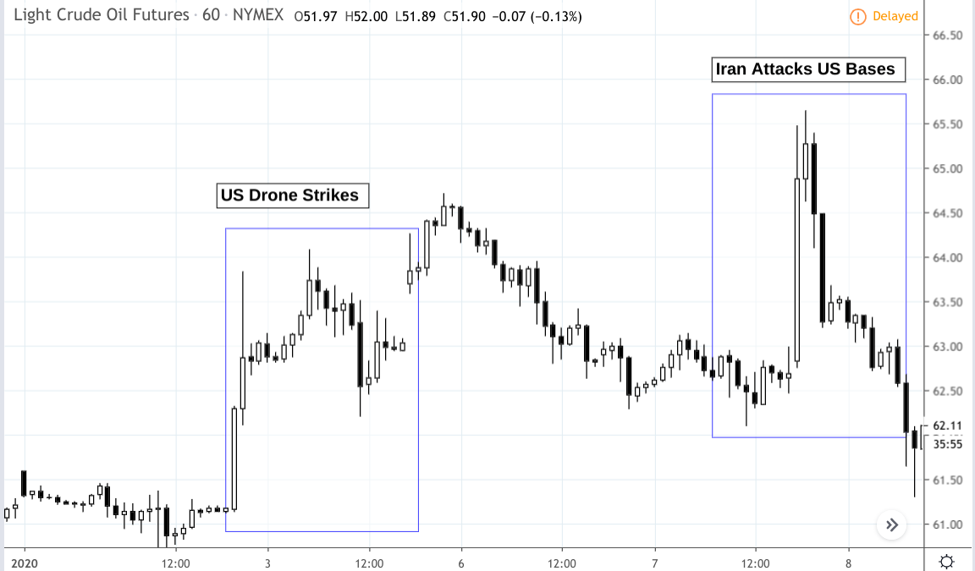 While this was unfolding, adapting to the situation meant paying close attention to the news, namely whether either country would retaliate again and actually engage in a full-scale war. Turns out that neither country wanted to engage in war. And so both countries backed down.

The longer-term fundamental structure of the crude market, which could have been altered in the event of war, continued its course. And that’s downward. 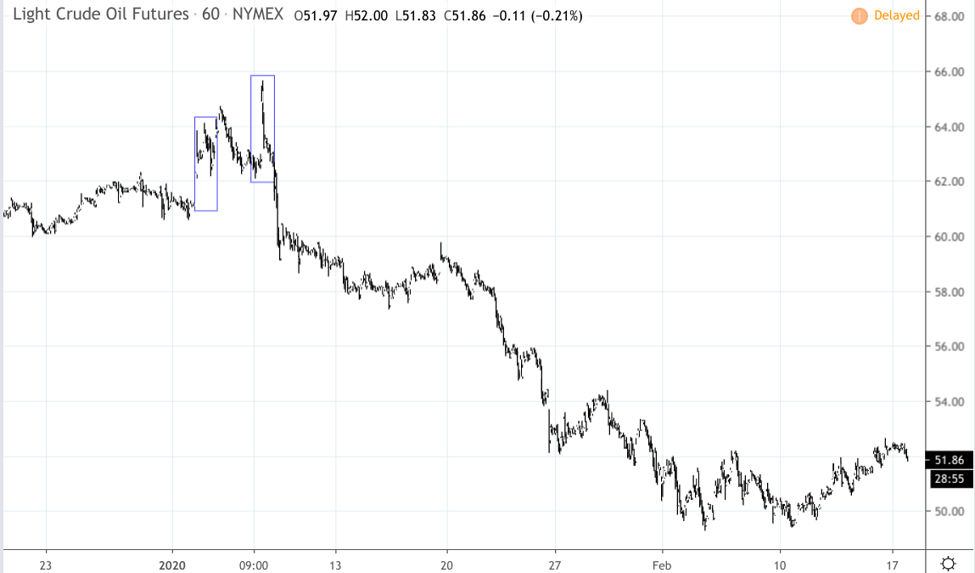 But some monetary changes have been extreme as compared with the average. Take the EUR/CHF from 2011 to 2015.

Prior to 2011, the EUR/CHF was on a serious downtrend, the currency pair holding an average daily trading range of 150 pips more or less. But as the Eurozone crisis caused investors to flock to the Swiss franc for stability, the Swiss National Bank decided to peg CHF to the Euro simply because all of the CHF buying was causing the currency to rise, making its exports expensive and uncompetitive.

Look at the before and after of the 2011 peg. If you were trading the volatile swings, the market environment sure changed after that, with the EUR/CHF trading within a narrow 15 pip range until 2013. If you were an options trader, it seems as if no market presented a better opportunity to go short volatility using iron condors or other short volatility strategies.

But from January to June 2013 volatility picked up again, varying from 30 to 100 pips, as the Eurozone situation intensified. So, a short volatility strategy might have needed some serious re-adjustment. After June, the markets environment changed again, settling near the 50-pip daily true range.

Traders who were getting accustomed to this environment and were not following the fundamentals likely got whacked on January 15, 2015 when the SNB (Swiss National Bank) unexpectedly removed the peg, and the Euro underwent a whopping 2,359 pip drop. 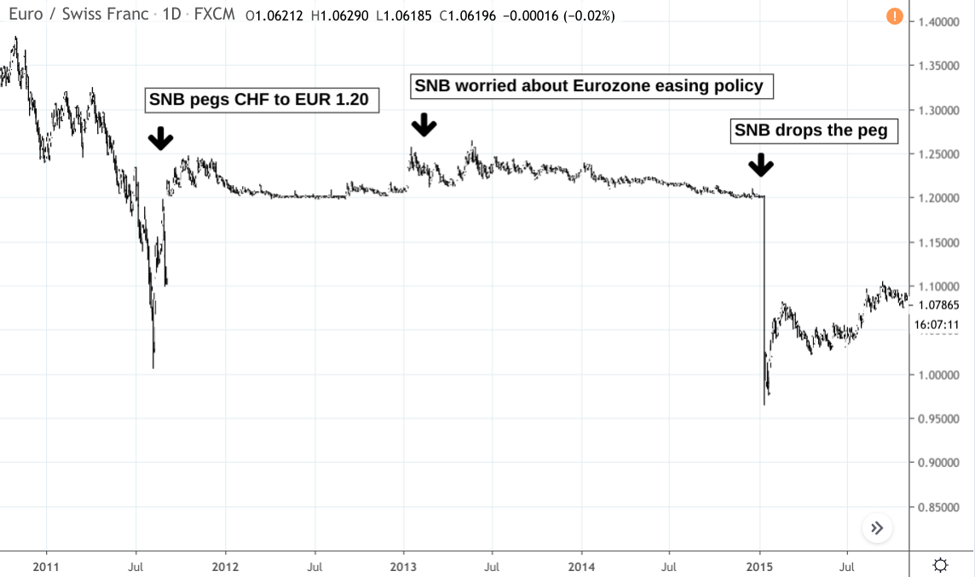 Among those who lost more than they had in their accounts, FXCM, then a leading brokerage, practically went insolvent within the day as clients were unable to cover their long Euro or short CHF positions.

Hopefully, by now you get the picture. You need to know when and how to adapt to changing market environments. Although there are many ways to successfully do this, there are just a few ways to disastrously get everything wrong.

Not Understanding the Nature of the Changing Environment

If you can’t distinguish a sentiment-based change from a fundamentally-driven one, or a short-term change from a long-term one, then stop what you’re doing and try to figure it out. You don’t want to end up like those who held a long position after the US-Iran hostilities had resolved, or the unfortunate traders who went long the EUR/CHF or short the CHF/EUR when the SNB lifted the peg.

Having Only One System in Play

If your system no longer works because of a significant change in the market environment, then how long might it take for you to find a system that does work? And what if your new system doesn’t–are you going to be jumping from one system to the next to find something that works? Remember that it can take a long time to determine whether a system might be favorable or not. Diversify your systems from the get-go. If one doesn’t work out, perhaps another one will.

Don’t double-down on a losing position if you don’t know what you’re doing. It almost never works. This is not the same as dollar-cost averaging a non-leveraged stock portfolio. Different mindset, different strategy, different time frame. When trading futures, don’t send good money after bad. You may be lucky sometimes, but the few times when you aren’t, you can wipe out your trading account. The truth is, most retail traders don’t have the sophisticated knowledge to do what institutional traders do. So, know your game, know your limits, and stay within your boundaries.

Adapting to the changing market environment is important. Yet it’s a skill that takes knowledge, time, and experience to do well. When you feel that your system may no longer be suitable to the dynamics of the market, ask yourself the questions we provided in this article, and try to determine the nature of the change. Hopefully, if you figure it out, you’ll be able to adapt (or stay put) in a way that may bring you a profitable outcome.