This article on Day Trading Chart Patterns is the opinion of Optimus Futures. Stats presented have not been verified across all Futures contracts, and should only provide a rough guide as a reference. 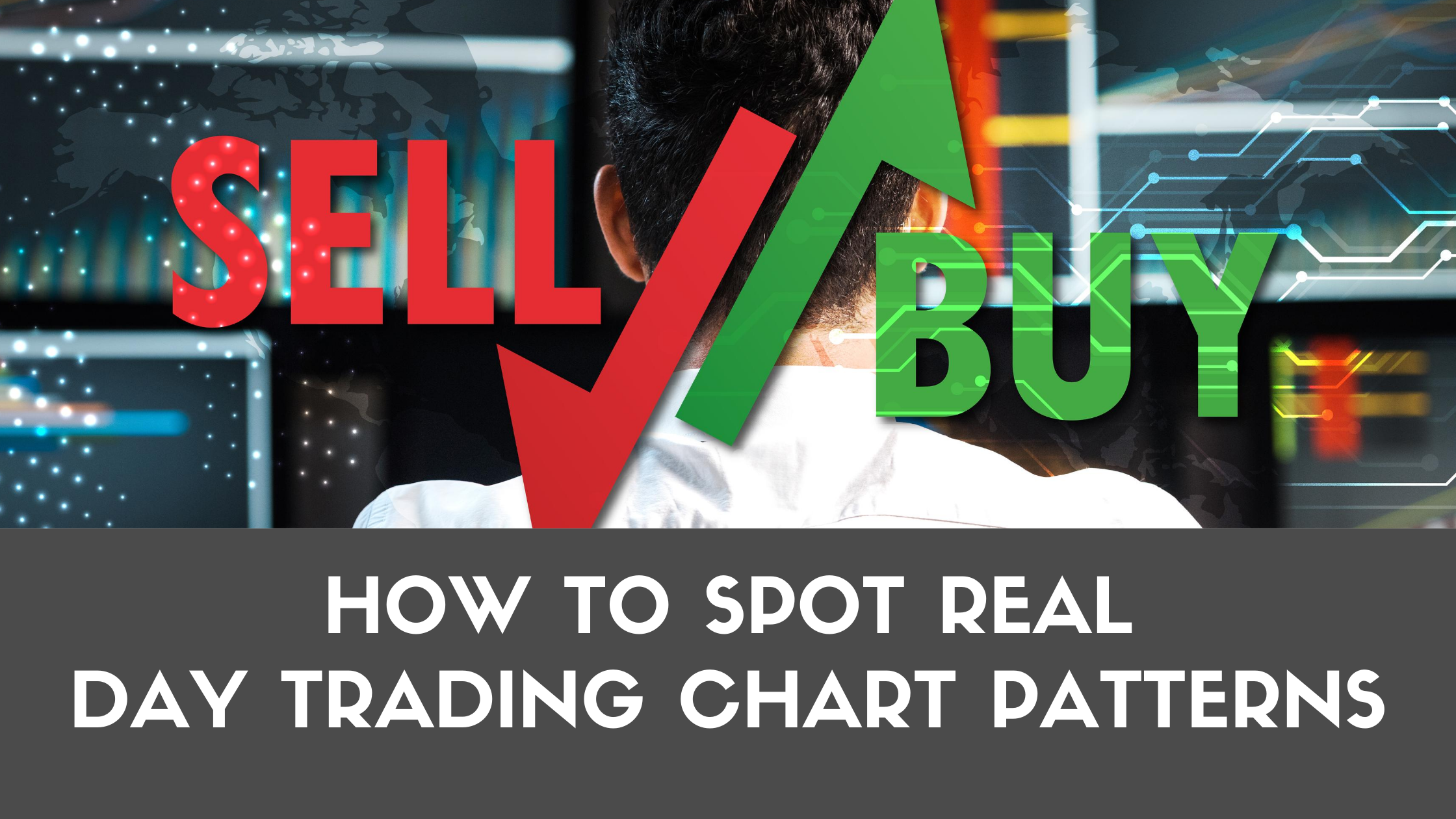 If you want to increase your odds in every trade, then you need to be able to identify or prepare for a series of “fakes.” Fakes? Yes: fake setups, fake signals, fake movements, all stemming from “fake patterns.” That last part can be deceptive.

You are probably wondering, “how many fake patterns are out there?” Based on our count, at least 400 of them. Meaning, every single chart pattern under the sky can, under certain conditions, turn on a dime, shifting from a real trading prospect to a “fake” opportunity.

Want proof? No pattern works every single time. The trick is understanding how often a pattern fails and succeeds and what to do in either scenario.

Trading is an odds game, as you probably know all too well. Traditional chart patterns are so “general” in that every trader sees them and strategizes around them. Given this context, wouldn’t it help you to know what the odds are (based on historical performance) so that you can plan what to do if a pattern works or doesn’t? It would also help you determine which patterns might be more favorable to larger position sizes.

Let’s go over a few basics. Here’s what you need to look out for:

You see a chart pattern on your screen. What percentage has this pattern failed to cover even the cost of the trade? If you knew, such knowledge might help you not only determine your position size but also anticipate a “plan B,” exploiting the failure, if such an opportunity is tradeable.

If your pattern works out, how well has it performed on average? Did it rise or fall in the single or double digits?

Price moved favorably following your chart pattern setup. So, how often does it pullback?

And finally, based on “traditional” profit target methods, how often does it reach its target after a breakout?

Knowing these four metrics can help you become a better oddsmaker when assessing trades. Not knowing them means you’re trading partially blind to the tendencies of a given pattern. Who would argue that it’s better to be ignorant of these odds, despite the reality that some trades may undershoot or overshoot their averages? In short, it is better to know them.

Day Trading Chart Patterns with the Odds Stacked in Your Favor

We published an article on 10 chart patterns that every trader should know. True, it’s important to know these (mostly reversal) patterns. But it’s even better if you know the odds surrounding the most critical aspects of each pattern. So, let’s cover each one, this time focusing on the four key metrics outlined above.

Note: from this point on we’ll cite updated data from the classic book Encyclopedia of Chart Patterns by Thomas Bulkowski. 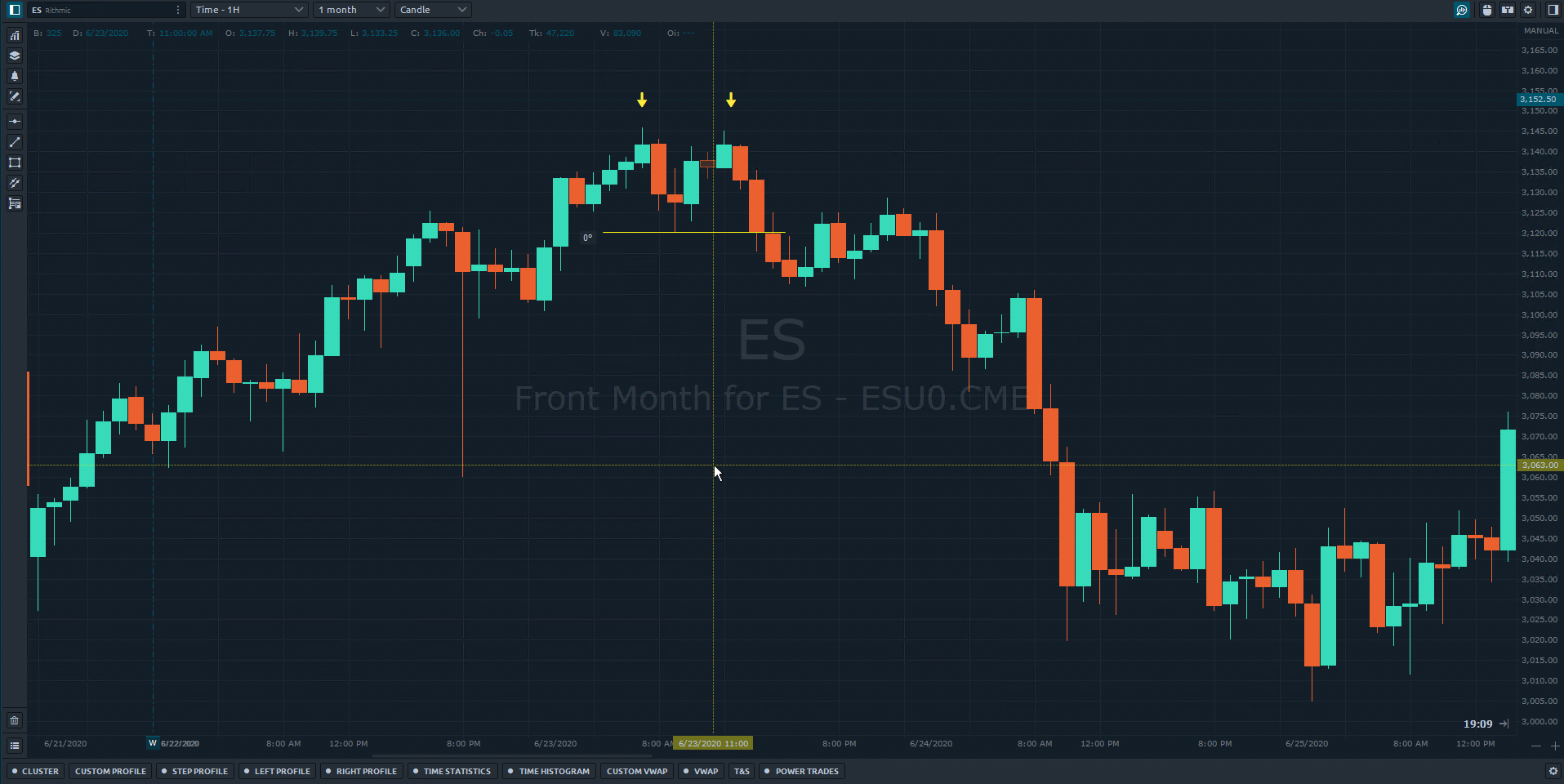 We covered double tops in the aforementioned article, so if you’re unfamiliar with it, do go back and read the explanation as to how this pattern works. The same can be said of every pattern we touch upon in this piece. So, how reliable are double tops?

The following data is based on 1,719 trades.

V-tops and bottoms are tricky patterns to catch, as the reversals–bearish or bullish–tend to be sharp. Before you know it, the trend just reversed on you, and oftentimes, it’s easy to miss.

Let’s take a look at the stats for each one:

The following data is based on 2,416 trades.

Disclaimer: The placement of contingent orders by you or broker, or trading advisor, such as a “stop-loss” or “stop-limit” order, will not necessarily limit your losses to the intended amounts, since market conditions may make it impossible to execute such orders.

The following data is based on 1,997 trades

A classic bearish reversal pattern, let’s see how well it has performed.

The following data is based on 2,800 trades

Pennants can go either way, up or down. So, we’ll include both upside and downside breakout data.

The following data is based on700 to 900 trades

The classic IBD William O’Neil pattern. Of course, his version is fundamentally driven. Not the case for most short-term futures traders.

The following data is based on 912 trades

There are many triangle formations but in the last piece, we covered symmetrical triangles, which is a neutral pattern (it can go up or down).

The following data is based on over 1,000 trades

The following data is based on hundreds of trades

Ross Hooks do not have any available data. They occur almost everywhere, on every time frame, and they form frequently. They are what, in price action terms, define a given trend (higher highs and lows for an uptrend, and lower lows and highs for a downtrend).

The pattern is reliable, and when they’re violated, it often signals the end of a trend–from micro to macrotrends depending on the time frame you are looking at.

Rectangles are trading ranges. How well they have performed or failed varies depending on whether they take place within a bull market or bear market.

Let’s take a look at each.

The following data is based on hundreds of trades

The following data is based on 500 trades

Channels are subject to be broken on a regular basis, but a violated channel doesn’t always mean that the pattern has failed; a new channel might have to be redrawn. For that reason, we don’t have any data on channel failures, simply because channels are dynamic and therefore subject to constant adjustment (a kind of “failure” but not really). However, this is something you should be aware of, should you be trading a channel for entries, re-entries, or countertrend opportunities.

This was originally intended to be an article about “fake patterns.” Well, now you know the secret. All patterns–given the dynamic situation–can end up faking you out. So, if you want to be a successful trader, you’d better be prepared to deal with them when they” turn.” Otherwise, you will be stuck with a static approach to an otherwise dynamic scenario.