The following article on Bollinger Bands is the opinion of Optimus Futures. 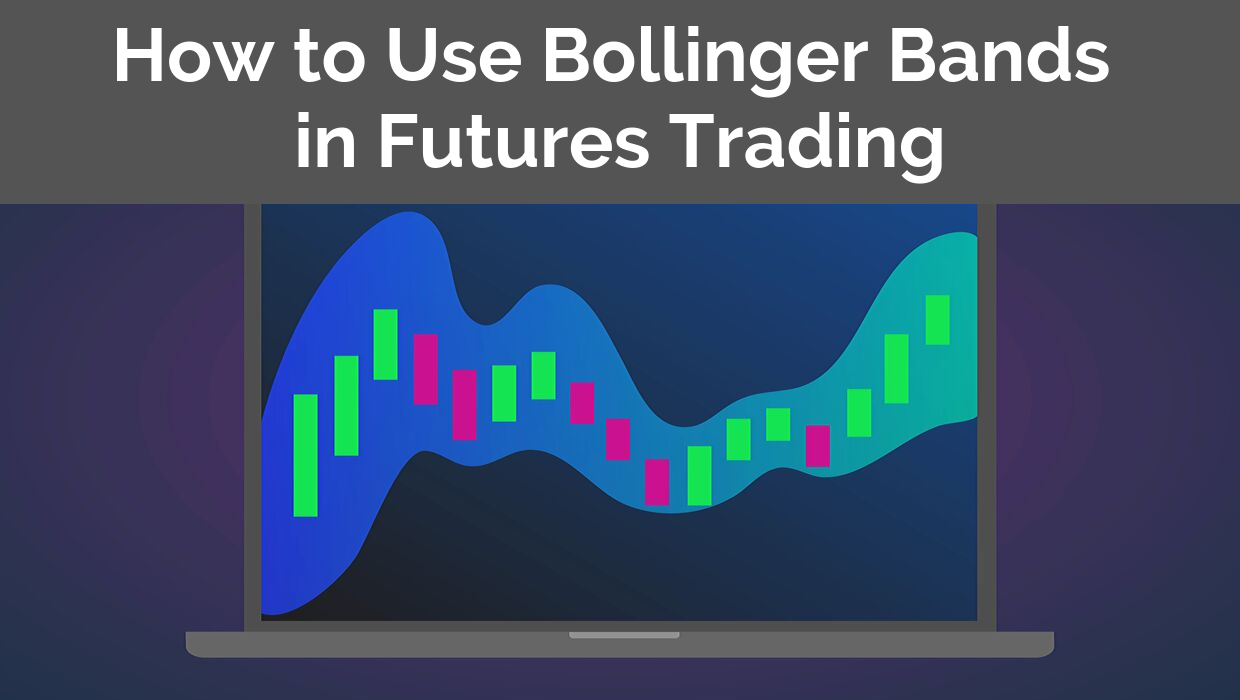 Any movement in asset prices implies some level of volatility. If price is barely moving, volatility is still present but low. When price really gets moving, volatility increases. And when prices begin fluctuating up and down in jagged waves, whether trending or ranging, then volatility is high. But how might you measure whether price volatility has exceeded the average? After a large price move, at what point might prices have gone too far, implying a possible reversion to the average?

That’s what Bollinger Bands are designed to help measure.

What are Bollinger Bands?

Created by John Bollinger in the 1980s, Bollinger Bands are an indicator used to help monitor the volatility levels of a security’s price–be it a stock, futures contract, or anything else that trades on the market.

How to Use Bollinger Bands in Futures Trading

Bollinger Bands are popular tools for analysis and trading because the bands are designed to automatically adjust to the volatility currently being experienced in a particular market. In short, Bollinger Bands “listen” to the market, self-adjust and allow traders to plan their trades accordingly. They may be used on intra-day, daily, weekly and even monthly charts. Just be careful to understand how changes in time scale alter the volatility environment of a given asset.

Since many of you are day traders, let’s look at Bollinger Bands on an intraday scale.

A 15-minute chart of the E-mini S&P 500 (ES) contract is presented with a 2-standard deviation Bollinger Bands overlay using a 20-period simple moving average. While there are many valid interpretations of Bollinger Bands (if it works – use it,) several common characteristics of markets analyzed using them are:

While these are not hard and fast rules, they do give traders insight into where prices may head soon. We will examine each of these scenarios using our 15-minute ES chart.

The Bollinger Squeeze is a visually derived concept suggesting that lower volatility tends to be followed by an explosive move. Why is it called a “squeeze”? Because it appears as if volatility is being constrained within a narrow range of movement resulting in a reaction of sharp movement.

For example, on the evening of September 18, 2019, the ES entered a period of low volatility following the previous day’s US Federal Reserve rate cut. As you can see at (as shown by the green arrows), the bands narrowed as they usually do during this period prior to the NYSE open.

Traders observing the bands might have expected sharp movements following the opening–plus other reports later in the day, such as jobless claims, the Philly Fed manufacturing index, and existing home sales report.

As soon as the NYSE opened–remember, it’s the underlying index upon which the ES is based–the market jumped. Naturally the volatility constraint (the “squeeze”) reflected the period before the response–a reaction to both the previous day’s news and current or impending news (economic reports).

Luckily, Bollinger Bands can help indicate a measure of the likelihood of such movements.

Is the “bounce” a reliable thesis? It depends, particularly with regards to time frame. On a daily chart, movement percentages tend to reflect the larger macro-trending environment, which has closer ties to economic fundamentals. On smaller time frames, say, 1-minute to 1-hour, market noise tends to be more prevalent, making such rules (e.g. the “bounce”) less reliable on a fundamental level, yet self-fulfilling on a technical level (as intraday traders tend to trade based on technicals, hence effectuating price movements that reflect technical sentiment rather than economic drivers).

Bollinger Bands Strategy | How to Spot Trends And Trend Reversals

When Price Moves Outside Bands, Look for Continuation

Once price and volatility expands toward a sharper contraction after a period of constriction, price movements beyond one side of the band can often signal the potential for continuation as shown above.

Eventually, price reverts to the average (as nothing can go up or down indefinitely), sometimes touching the opposite band. This brings us to another common feature of markets analyzed using Bollinger Bands.

Moves Starting at One Band Tend to Continue to the Other

The use of Bollinger Bands alone may not provide adequate information to anticipate directional movement, so pairing it up with other technical indicators (such as the Relative Strength Index, or RSI) can help you identify key price levels and potential reversals.

Identifying Trends and Reversals on a Larger Scale

Let’s address the likelihood that many day traders trade market noise. If you’re trading market noise, then the idea of “trends” or “reversals” can sometimes be close to meaningless as noise often means “randomness.”

So, to spot trends, you may need to take a step back and look at the larger movements.

As you can see above, price divergence on a larger scale can sometimes provide more meaningful data–in this case, it indicates a reversal. Following the reversal, price continued in the direction of the trend. So what happened to the previous principle that price movements beyond the Bollinger Band tend to continue? On a larger time frame, this may be true, but again we’re looking at the 15-minute chart, in which case many of John Bollinger’s concepts may be too drowned out by noise that they’re rendered somewhat moot.

The possible uses of Bollinger Bands are almost limitless and not confined merely to futures markets: they can be used to analyze almost any series of data. However, using Mr. Bollinger’s original interpretation, especially when combined with other indicators, such as the RSI and price-volume analysis, as well as fundamental analysis, traders are provided with a powerful tool to potentially help make well-informed technical trading decisions.