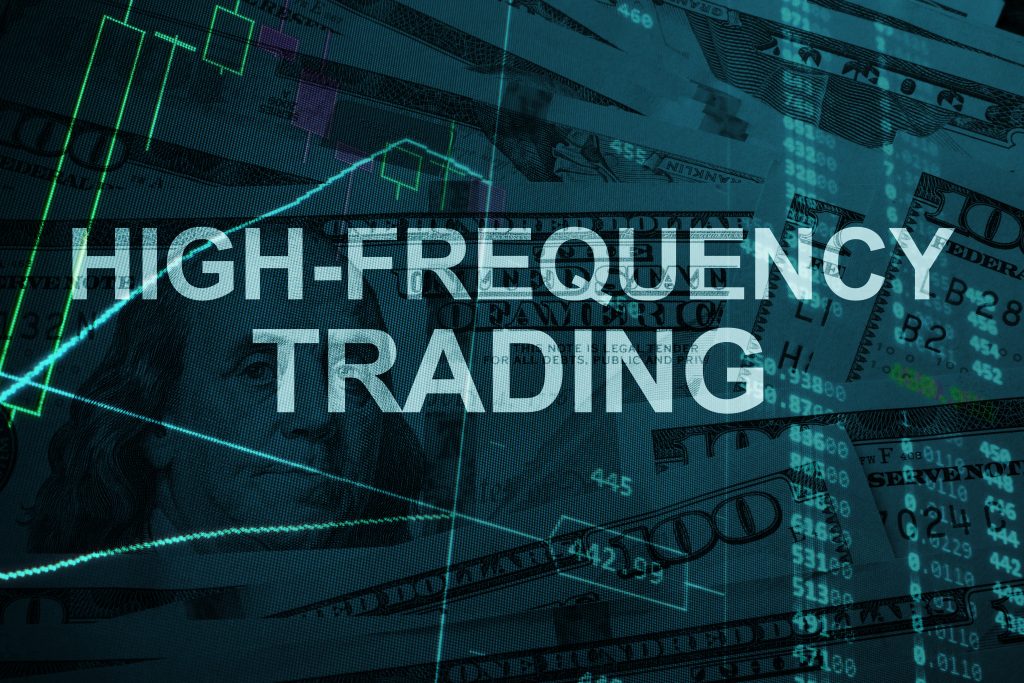 It’s tempting to think of low-latency day trading and High Frequency Trading (HFT) as two approaches existing on the same plane, separated only by degrees of speed. But the two differ not in degree, but in kind. The term “high frequency” denotes trading frequency, but more importantly, it implies technologically driven speed. But in use, the term, when applied to both retail trading and institutional trading, splits into two separate definitions: one denotes speed (retail trading) while the other implies a set of strategic approaches.

Let’s break this down. Day trading consists of frequent actions based on short-term speculation. You anticipate the market moving in a given direction, place a trade for a small profit, and repeat.

HFT, if we were to refer to it as an algorithmically based institutional practice, is almost anti-speculative. Much of it has to do with exploiting price discrepancies between instruments, exchanges (e.g. dark pools) and order flow. The object is often not to guess market direction but rather to exploit fleeting inefficiencies or discrepancies between orders and prices.

The futures day trader speculates on the movement of price, hoping to capture a few tick’s profit. He or she tries to get an edge based on technical data to draw a high-probability hypothesis as to where price might go within a relatively short time frame. If the trader is correct, then he may be able to capture a short-term profit. The day trader then repeats this model several times within a given trading session (hence, the high frequency).

The HFT practitioner is a different beast altogether. She often seeks to avoid the kind of speculation that the day trader typically engages, seeking instead to profit off data that may be unavailable to or unexploitable by most of the retail trading or investing crowd.

The main point is that with ample speed and capital, the HFT trader can engage in a low-latency arbitrage of order flow and price discrepancy (trading high volume with very low transactional costs). The typical day trader cannot do this.

So, the day trader is relegated to the realm of speculation, where he or she operates best, in competition not against HFT firms but other day traders.

Although the HFT world may differ in kind from that of the short-term retail trader, retail traders can comparatively compete in the high frequency realm against other retail traders.

When engaged in short-term trading, there are only two areas in which speed becomes a competitive factor: speed of analysis and speed of execution. Being quick to analyze but slow to execute may be similar to being slow to analyze and quick to execute. Let’s see how speed and technology may apply to retail futures trading.

Possessing or developing an algorithm that can accurately identify and analyze certain market conditions such as market patterns, inter-market correlations, fundamental data, and other metrics might give you a significant edge over traders who have to manually seek and analyze these data points on their own.

Possessing or developing an automated execution algorithm may allow you to take advantage of more trading opportunities than the manual trader (though there is a risk in allowing a computer to make trading decisions for you–the algorithm has to be based on very solid trading and risk management principles).

When exploiting trading opportunities, having the right futures trading software might help you analyze markets much more quickly. But when it comes to execution speed, particularly if you trade high volume on a per-trade basis, co-location functionality might give you an additional edge.

If both are after the same trade at the same moment, might server location matter in terms of who gets the trade first? And if Trader D has an edge in terms of speed, how consistent might such an edge sustain itself?

Is HFT an Obstacle to Futures Trading?

Institutional HFT exists on a whole different plane from that on which low latency day traders operate. So, if a day trader tries to arbitrage price and order flow in the same way that an HFT practitioner might, then yes, HFT will not only be a formidable competitor, it will likely always be the winner.

But if day traders compete within the speculative domain that defines their practice, then HFT shouldn’t be much of a concern. HFT practitioners may get the fill faster, but at this point, their actions are more of a necessary inconvenience than a competitive threat. You and all other low latency futures traders just have to deal with. The mark of HFT activity has now become part of the landscape. And unless you plan to call it quits, you need to adjust your practice in a manner that may be less impacted by high-volume and high frequency orders.

Besides, there is no way you might be able to tell whether your trade was impacted by an HFT practitioner, other traders like yourself, or just pure chance.